Weather: Sunny and clear all day.  Temperatures in the low 90s

The day dawned clear and sunny.  We left the overnight parking area again headed west on Rt. 90.  However, this would be the day that the westward movement would take the turn to the north.

A few hours out, we reached Bozeman.  As a result of our first trip here, Paul fell in love with this town.  After thirty years, this area still is very beautiful and still #1 on Paul’s list of where to move.  We took the opportunity to drive through the main street and also fuel-up for the continuation of the trip.

We eventually reached Billings where we made our turn on to Rt. 15 and our movement toward the Canadian border.  The average mountain climbs and descents were six degrees each time for about 3 miles.  The RV and Paul handled the mountains well.  We also crossed the continental divide at about 6,363 feet, took a decent and re-crossed the divide again as the road twisted through the mountains.  At about 3 pm, we reached a service area in Great Falls, Montana.  We stopped primarily because our supply of propane had depleted.  While the attendant was completing the propane fill he detected a leak near one of the pipe elbows.  On his recommendation we contacted the Breen Oil Co. located here in Great Falls and found that they would be willing to check our problem out as soon as we could get there.  One hour later the problem was resolved, thanks to Tucker.  One of the two regulators on the propane system, the one for the refrigerator, had gone bad and was leaking.  A leak such as this is a dangerous problem to encounter.   A potential trip ending event was avoided.

Expecting we would have no propane to cook dinner and  needing  to relax, we decided to go out to dinner.  We simply chose a restaurant along the road that we were taking back to the original service area.  This interlude was just what we needed to also discuss our plans for tomorrow.  It is possible that we will not have access to wifi tomorrow. 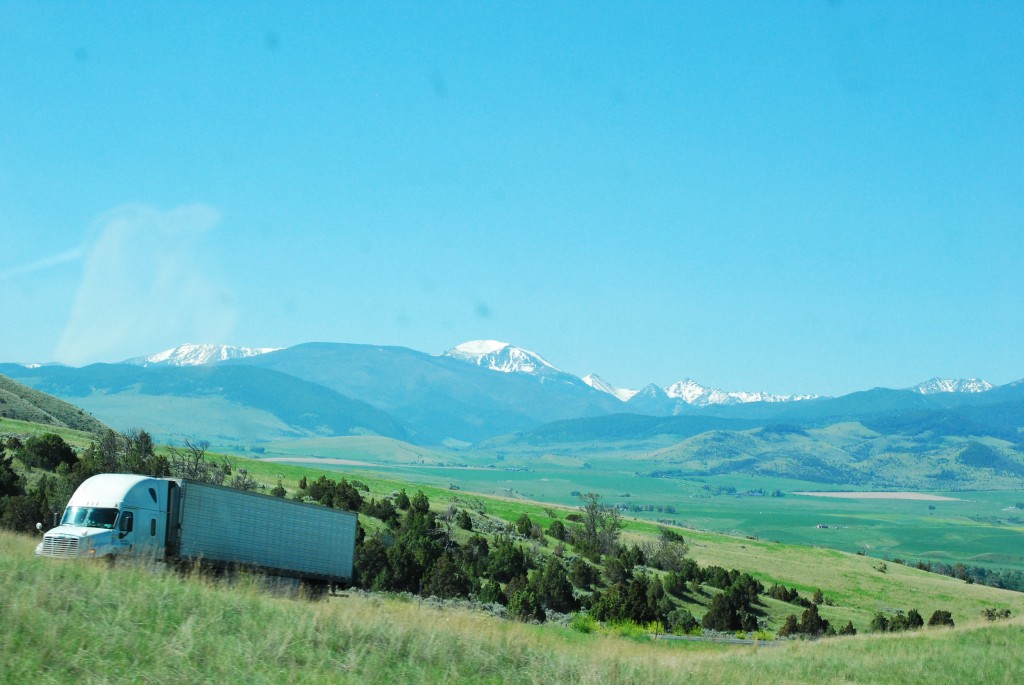