Weather was clear all day.  Temperatures were in the high 80s.

The St. Labre Mission School is located on the Northern Cheyenne/Crow reservation in Ashland, SD (http://www.labre.org)

The summer staff began arriving at 7:30.  By 8:30, after having breakfast, we went into the school’s museum and met Barry.  He let us know that there would be a student from the junior class who would be our guide and show us all we wanted to see.  We took time to view the objects on display and found that the greatest majority of the items were donated over the past years from people across the country.  Serena, our guide, joined us in the museum and introduced herself.  Serena said that she was working at the school for the summer as a guide and assistant in the main office.

The three of us then began our tour of the campus.  We discovered that St. Labre is one of three campuses all under the direction of the administration of St. Labre.  This campus serves 450 students.  The reason for the multiple campuses is because of the vast size of this reservation.  The mission school was founded during the time of the Indians being placed on the present reservation.  Little attention was given to them so some of the leaders approached the Jesuit priests.  The Jesuits in conjunction with the Bishop established the school on the same grounds upon which the present campus is located.  Eventually the Jesuits turned the school over to the Capuchins who still maintain the responsibility.  In addition to the priest who is in residence there are sisters from the Ursuline order that teach in the school.  The arrival of the Ursulines date back to 1884.

We were very impressed with the campus and did get to see all of the facilities.  Among the number of buildings was a dormitory building that can house up to eighty-five middle school through high school students who live too far away to even be bused daily.  It was very evident to us that they rely heavily on the generosity of the donors.  The buildings were not elaborate.  The architecture exemplified Indian culture and tradition.  The classrooms had the necessary support materials such as computers and white boards.  Many of the students who have graduated from the high school have gone on to impressive four year colleges.  As for Serena, her plan is to go on to become a pediatrician.   By the end of the tour we were very pleased that we decided to make this one of our must-do stops.

Our next destination was to stop at the Little Bighorn Battlefield.  This federal park occupies a small area within the Crow reservation.  Here we took a bus tour run by members of the Crow nation.  The guide described in great detail the events that took place leading up to the fatal battle that took the lives of many of the 7th Cavalry.  These depictions were later supported when we attended a talk given by one of the Park Rangers.  It is disheartening to realize how limited the information of this time is reflected in the history books used in our schools.

It was now getting late in the afternoon and we wanted to get back on Rt. 90 and put some more territory behind us.  To our dismay we discovered there were no camp grounds along our route that were not miles off this highway.  We also realized that Montana would not permit overnight parking in the rest areas.  Ah ha, now what will the plan be?  Since it was too far to Bozman we spotted a Pilot service station, N 45° 49’ 36”  W 109° 58’ 19”, elevation 4,096 ft., just off 90 that was a significant truck stop.  This gave us a place to stay.

Special question for our grandchildren.

How are you doing each evening figuring out the location of the latitude and longitudes of the places that we are spending the nights?  Send us an email or text to let us know. 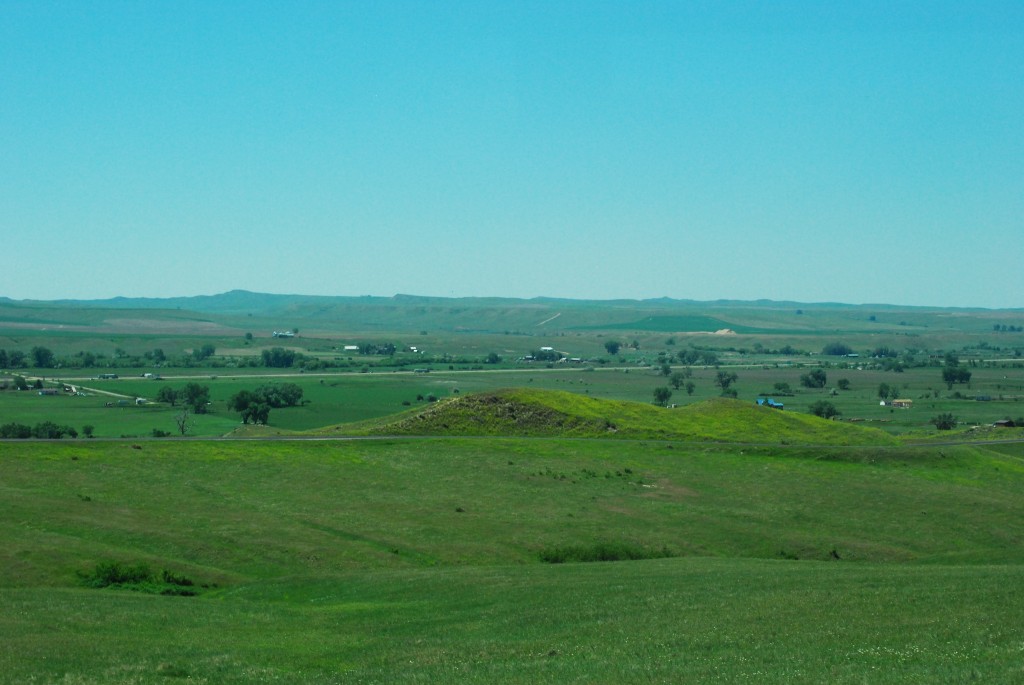